ME AND MY OPERATION: Surgery on your back that can fix a bad foot | Daily Mail Online

Thousands of Britons have foot drop - weakness or paralysis in one foot that can result in a limp. One cause is a slipped disc, so a back operation may be the answer.

Peter Austin, 53, a planning manager from Leeds, had the surgery, as he tells CAROL DAVIS. 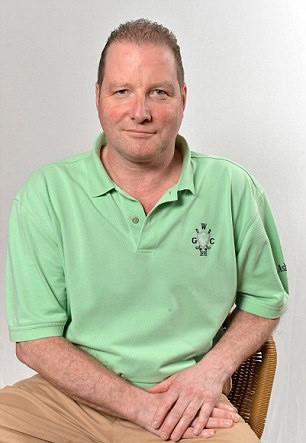 For three decades I've had problems with lower back pain - at 24 I was diagnosed with ankylosing spondylitis, which is a kind of rheumatoid arthritis; as a result the joints in my lower back and hips had become inflamed.

I was told the bones can eventually fuse and stiffen, and that I could end up in a wheelchair if the ones in my backbone fused, so I was determined to stay healthy.

Fortunately I've been able to keep the condition reasonably well controlled with medication and physiotherapy. Even so, I've had years of lower back pain - and by two years ago I could only manage to play golf a few times a year, whereas I used to play every week.

A colleague recommended back specialist Deb Pal and my GP was happy to refer me - I have private healthcare through work. I had my first appointment in February last year and he sent me for more physiotherapy and said the next stage would be a nerve block injection in my back.

However, a month later, getting up from a chair at work one morning, I felt excruciating pain shoot through my lower back and buttocks. I couldn't feel my right leg at all and it dragged on the ground when I walked, forcing me to limp.

Thinking I'd trapped a nerve, I walked to a nearby shop to try to relieve it by moving - what should have been a three-minute journey took 45 minutes. I was in agony.

A colleague took me home and my GP agreed I should see Mr Pal again the next week.

My foot stayed numb - I couldn't drive: my wife Christine had to do everything. Mr Pal sent me for an MRI scan, which showed I had a slipped disc in my back that was squashing a nerve.

This was what had been causing my back pain, he explained, but because this nerve controls movement and sensation in the lower leg, I also couldn't lift my foot - a problem known as foot drop. 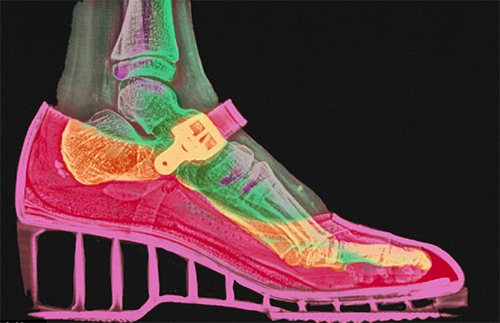 He explained that he could operate to remove part of the disc and make room for the nerve. The sooner this was done, he said, the better my chances of a full recovery, as compressing a nerve for too long can damage it for good, causing permanent loss of sensation and movement in the foot.

I had the hour-long operation ten days later.

I had a morphine shot when I woke and paracetamol for two days, but the back pain had gone completely.

Over the next few weeks sensation gradually returned to my leg and after six weeks I was able to drive again.

I had months of physiotherapy and by December I was back on the golf course and even going jogging.

Around 25,000 Britons a year are diagnosed with foot drop. It can be caused by stroke, multiple sclerosis, motor neurone disease, muscle damage, Parkinson's or diabetes, and it also affects around 5 per cent of patients with lumbar disc prolapse (slipped disc).

Slipped discs affect around a million Britons a year. The spine is made up of 24 individual bones, and in between them are cushioning discs. Sometimes the inner part of a disc, which is made of a jelly-like material, bulges out, compressing nerves in the spinal cord. We don't fully understand why this can cause foot drop - perhaps because blood supply to the nerve that controls the lower leg is restricted.

Patients with ankylosing spondylitis (around 200,000 in the UK) are slightly more at risk because it can cause bones in the spine to thicken, narrowing the available space in the spinal column. 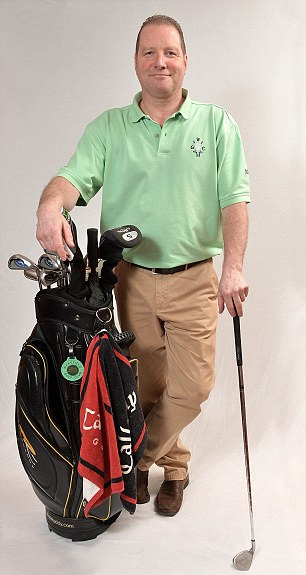 While this doesn't make a disc any more likely to prolapse, the smaller space does mean the nerve is more likely to be squashed. However, in Peter's case his condition was well controlled so the two were not linked.

With a slipped disc, doctors and patients often want to wait to see how it progresses, relying on painkillers, as in 80 per cent of cases the pain will resolve without surgery. However, I think the situation with foot drop from a slipped disc is different, as waiting can mean it may be too late to correct the problem, if the nerve is too damaged.

There is no clear guidance on treatment. But in my view surgery should be offered early, especially in patients with a large disc prolapse and whose foot drop has only been present for a short time. I'd like to see a proper trial conducted so GPs, surgeons and patients know how great the chances of success are likely to be.

The standard procedure for a slipped disc is microdiscectomy - surgery to remove the material pressing on the nerve.

The operation takes less than an hour under general anaesthetic.

First I make a 1-1.5cm incision in the middle of the lower back, and move the back muscles to one side. I then work through a tube, around 1cm in diameter, which I insert through the space I've made between the muscles.

I make an incision through the tissue between the vertebra above the damaged disc, and move the compressed nerve gently to one side, using a microscope to see it. Then I cut away the protruding part of the disc. I move the nerve back into place and close the incision with stitches.

Some patients go home that day, others stay overnight. Recovery is three to four weeks.

'Disc surgery, whether to treat pain or foot drop, carries a risk of 1 to 2 per cent of infection around the disc,' says Amjad Shad, consultant spinal surgeon at University Hospital Coventry and BMI Hospital Coventry.

'There is also a 1 to 2 per cent risk of damage to the nerve, causing neuropathic pain which can be permanent, and a risk of increased back pain because you are cutting muscles and ligaments.'

Surgery may also weaken the spine, increasing the risk of another disc prolapse.

'Where there is pressure on the nerve and the weakness is getting worse over a few weeks, there is evidence that patients can be helped by surgery.'

The operation costs around £6,500 privately, £3,800 to the NHS. It is available for foot drop at the surgeon's discretion.