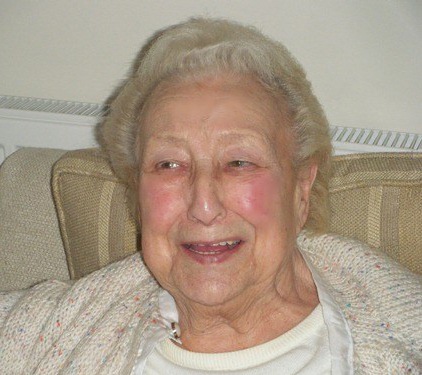 Mavis Morley, 87, a former Leeds publican, thought her life was over when she developed a debilitating condition which left her so weak she was wheelchair bound. That was before a life-changing 40-minute surgical procedure under the care of consultant neurosurgeon Mr Deb Pal restored her mobility and her independence.

In later life Mavis had suffered from the effects of wear and tear in her spine but managed to live independently in her own home. Then within the space of just eight months her condition deteriorated. She lost the strength in her arms and hands and she went from someone who could look after herself to one who could not even lift a toothbrush.

“After the surgery I have my life back. It’s like a miracle!”
Mavis Morley, Leeds

“At the time I thought ‘it’s the end of my life’. I could not imagine a life in a wheelchair depending on others for my care,” said Mavis. “Now, after the surgery I have my life back. It’s like a miracle!”

The problem started in January 2014 when Mavis experienced tingling in the fingers of both hands.

“My mum had seen various doctors but no one could get to the bottom of the problem,” said her daughter Jackie. “They initially thought it was carpal tunnel until they realised it was affecting all five fingers.Then her limbs became weaker and it got rapidly worse. It was a massive change. She went from walking to using a wheelchair by four weeks before surgery.”

Mavis was eventually referred to Mr Deb Pal, consultant neurosurgeon at Spire Leeds Hospital. “After he examined her, Mr Pal knew exactly what the problem was,” said Jackie.

Mr Pal said, “Mavis had experienced a rapid progression of weakness to the point where she was unable to lift her arms or pick anything up and she was unable to stand or walk. When I first saw her she was completely wheelchair bound. Without surgery her condition would have possibly deteriorated further.”

Mr Pal explained the procedure he would perform and Mavis decided to go ahead with surgery straight away despite the risks due to her age.

Mavis underwent a minimally invasive Cervical SPLIT Laminectomy* in September 2014 to remove pressure to the spine in the neck. Mr Pal said, “Compared to the standard procedure of surgery, cervical laminectomy, this technique is less invasive and much quicker, which is ideal in elderly patients as they are exposed to a shorter duration of anaesthesia. Moreover the period of recovery is shorter as well.”

Commenting on her mother’s condition following the operation, Jackie said, “After surgery it was amazing. Straight away she could raise her arms again and shortly after she got up and started taking small steps. My mum and all the family are absolutely delighted. She is doing really well and now able to look after herself once again. She is back to her busy life, making clothes on her sewing machine, she’s even able to do a bit of gardening, which she loves.”

Mr Pal is actively working to raise awareness of this procedure for older patients with the condition. “Often elderly patients are informed that there is nothing that can be done for them. But there is!” said Mr Pal.

“Cervical spinal cord compression leads to weakness in hands and difficulty with walking with unsteadiness on feet and recurrent falls. Unlike wear and tear in the lower back, this condition often leads to rapid progression of symptoms, with the patients becoming significantly disabled and even wheelchair bound. I do not believe age should be a factor in offering surgery to any patient. Moreover if surgery is simple, quick and effective it has to be clearly indicated in appropriate patients.

“If there is delay in treatment, symptoms become irreversible. The condition can occur in adults but is more commonly observed in elderly patients due to wear and tear of the spine with age. Patients need to be aware of such symptoms and should consult see their doctor without delay should they experience such symptoms.”