The relatively quick onset of sciatica meant 64-year-old grandfather of five John Cummings from  Addingham, Leeds, was experiencing shooting pains when walking with a poor posture.

“I was walking like an old man, leaning forwards and almost bent double. My quality of life wasn’t good at all and I couldn’t play with my grandchildren. I could only watch.”

The pain and discomfort meant John went to see his doctor quite quickly. The leg pain had begun to affect his daily routine, making it uncomfortable to exercise. Even sitting in meetings (he’s a company director) was also becoming difficult. He was referred to a spinal specialist who advised he had two options: a complex surgery, which could result in John losing the ability to walk completely, or doing exercises to desensitise the nerve. 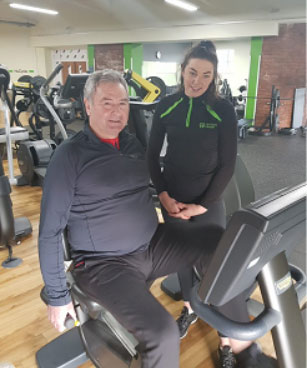 “The risks associated with the surgery were just too great for me at that stage so I took up Pilates and walking football in the hope that it would help to relieve the pain. But instead the pain got worse to the point that I was almost bent double when walking. After a few yards I had shooting pains in my legs. It was awful.”

John loved going to the gym and walking, he had always enjoyed an active lifestyle and so the onset of sciatica came as a bit of a shock to him.

“I was surprised to develop a back problem. It came out of nowhere and very quickly started to affect my quality of life. Pilates was great, but it didn’t help and in fact the pain was getting worse.”

Desperate to find a way to get rid of his pain, John and his wife Joan started to do some research to find someone to help. A friend advised it would be a good idea to get a neurosurgeon involved and their online search led them to Mr Deb Pal, a consultant neurosurgeon at the Nuffield Health Leeds Hospital.

“We went to see Mr Pal, and once he’d seen my scans, he said that I needed an operation.”

Mr Pal advised that John had a combination of spinal deformity and severe narrowing of the nerves at the bottom of his spine. This was causing his pain and walking difficulties.

The vertebra (bones) at the bottom of John’s spine had slipped almost in a step-like fashion across several levels of his spine. The forward slip of the bones had created a deformity that affected the balance of the whole spine and led to John leaning forwards while walking. 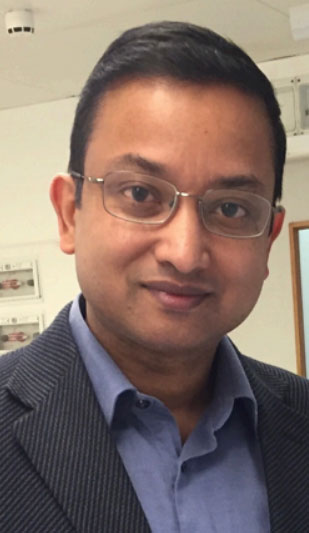 Mr Pal recommended a procedure called Anterior Lumbar Interbody Fusion (ALIF). “John’s management of his condition had failed, and his symptoms had progressed significantly, so I recommended surgery. To get the best result I felt that the deformity needed to be corrected from the front of his spine through his tummy, followed by staged surgery a week later from the back with screws and rods to stabilise the spine,” explained Mr Pal.

“Although surgeons in some private hospitals carry out this procedure, it’s mainly done for wear and tear and not for severe deformity as in John’s case. More importantly, John had previously had abdominal surgery for bowel cancer which would pose a significant challenge during surgery with scar tissue being stuck to vital structures including major blood vessels and bowel.

“Overall this was going to be a very challenging and complex surgery and for that reason cases such as John’s aren’t usually carried out in private hospitals.”

However, Mr Pal felt that Nuffield Health Leeds Hospital is the only private hospital in Leeds and the wider area that has the clinical infrastructure and expertise for John’s surgery and he was confident to carry out the procedure. To minimise risks and improve the safety of such a complex surgery Mr Pal recommended involving two consultant surgeons at each operation: Mr Andrew Mavor, senior vascular surgeon, and Mr Abhay Rao, senior scoliosis surgeon.

Convinced it was the only way to stop the pain and worsening of his condition, John decided to go ahead with the surgery in November 2019.

“I didn’t want to be in pain or taking pills for the rest of my life, so despite the complexity and risks I really didn’t have any other option,” said John.

Mr Pal explained that during the first stage, Mr Mavor gave access, opening the tummy through the previous scar. The bowel was then carefully separated off the scar tissue and moved away to one side. The major blood vessels in front of the spine were then exposed, protected and gently moved aside. The front of the spine and disc space between the vertebra (bones) were then exposed. Using shavers and other specialised kit, the discs in between were removed. Titanium spacers were then placed to recreate the disc height and correct the slippage of the vertebra. This was repeated at three levels with excellent correction of the deformity as well as improved space for the nerves.

A week later the second stage was performed from the back in the form of instrumented fixation with screws and rods across five levels, along with further removal of pressure from the nerves with assistance by Mr Rao to reduce the surgical time. “I think we were all a little concerned at the length of time I was in theatre,” said John, whose wife and three sons all felt the pressure of his decision to undergo the complex surgery.

“But after the first operation Mr Pal was absolutely elated with the way it had gone. It was really reassuring. My sciatica had gone completely, and in fact a couple of days after it I felt so good I asked if I really needed the second operation at all!”

Mr Pal explained that although the first stage had been successful in improving John’s leg pain and posture, the second stage was necessary to stabilise the spine from the back and to hold the spacers satisfactorily in their position over time and reduce any sinkage.

John remained in hospital for a couple of weeks following the second operation, and then went home to be cared for by his wife, “Saint Joan” as he now calls her!

“She’s been an absolute saint,” said John. “I couldn’t bend down at all for the first few weeks so she was putting my socks on and helping me get dressed.

“Over Christmas I gradually started doing more, enjoying a couple of walks around the car park at Bolton Abbey near where we live as I wasn’t allowed to walk up hills.”

Two months after the operations, John saw a Nuffield Health physiotherapist who was impressed with his range of movements. He was assigned a specialist trainer to start a regular programme of exercises to build up his muscles.

“I couldn’t wait to get started with some more strenuous exercises so that I could get back to what I class as ‘normal’ life. We had to cancel a skiing holiday planned for March, but I have no doubt that I’ll be skiing in the not too distant future!”

Nuffield Health Leeds Hospital is home to one of the very few private centres outside London that carries out the full range of complex spinal and neurosurgical procedures. The hospital has a Critical Care Unit with one-to-one nursing to look after these complex patients’ needs. Specialist equipment at the centre includes operating theatres with state-of-the-art tables ensuring the optimum positioning of the spine for surgical procedures. It is also one of the few hospitals in Europe to use a 3D fluoroscopy navigated system for spinal surgery. 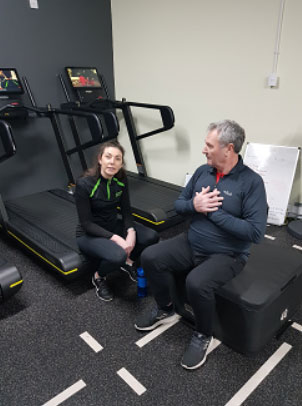 Nuffield Health Leeds Hospital spinal reconstruction patient John Cummings having rehab at Nuffield Health Guiseley Fitness & Wellbeing Gym Complex spinal reconstructive surgery like John’s is rarely carried out in the private sector due to its intricacy and the associated risks. This was the first time a three level anterior lumbar interbody fusion for deformity has  been carried out at Nuffield Health Leeds Hospital and the surgical and theatre team are over the moon with the outcome.

Mr Pal said: “Private hospitals are cautious about complex surgeries such as the one offered to John but the theatre team including Mr Mavor and Mr Rao at Nuffield were willing to support the procedure and I can’t praise them highly enough for their professionalism and commitment. This was a great example of a team effort to perform such a complex procedure.”

Thanks to the team, John is looking forward to walking tall without any pains in his legs.

“Mr Pal has been absolutely fantastic throughout the whole process, speaking to me every day and coming to see me every day when I was in hospital. In fact the whole Nuffield team, including the other consultants, have been first class and very caring.

“It’s great to be pain free and I’m looking forward to joining in with the grandchildren when they’re playing football next year!